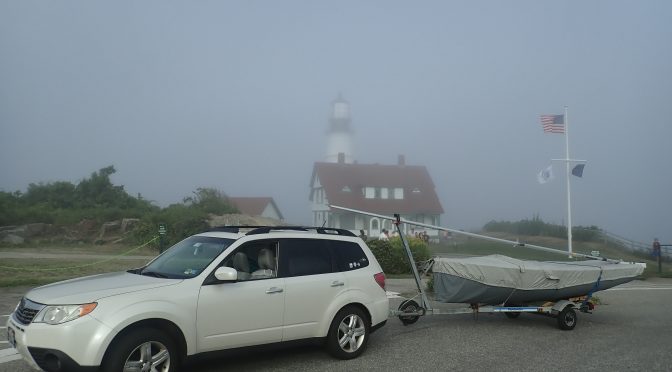 After a 3 day drive for Americans towing boats, the 2019 Albacore Internationals, held in Nova Scotia, Canada, hosted by Shelburne Harbour Yacht Club in late August, brought a week of fantastic racing. Local Chesapeake Bay sailors Barney Harris and Ernest Ayukawa were the top placing American boat in second out of the 47 boat fleet. Chris Gorton and David Byron rounded out the top five as the other top finishing American boat. The championship was decided on the last race of the event with three boats potentially able to win. Ten local Chesapeake Albacore boats made it to the remote town of Shelburne in Canada to compete in the weeklong event, which saw great sailing conditions with nine to 18 knots.